Well, found a book sitting around in my room and figured it was a good time to read it.
It was a #1 New York Times Bestseller, has had a lot of good reviews in general, and I’d have to say I’d add to them.

A MAN CALLED OVE by Fredrik Backman was a fun read.  I’m not sure if it should be called a humor book, but it is very funny.  It’s hilarious and sad and bittersweet and charming and real and crazy all at the same time. 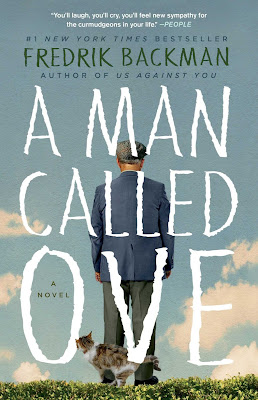 Basically it is a biography about a grumpy Swedish fellow.  The events and people in his life help shape his personality, but his personality drives his view of the world and consequently all his actions.

He likes things SIMPLE and has no patience for anything else.  He’s not exactly OCD, but his perspective is extremely rigid, so he has trouble understanding the rest of the fickle world and their lack of understanding of the obvious rules.  One does things at a certain time, a certain way, and that’s that.  He has a very black and white way of thinking, what is right is just right and what is wrong is wrong no matter what and one cannot just change things because of...anything.  So he is very upstanding for what he believes is the correct way to act, but it gets him in trouble periodically because he cannot bend those rules or see other points of view.   There is brand loyalty (to the extreme); a man doesn’t do X no matter what the fallout might be; if the sign says no driving in the residential area, there is no driving in the residential area for anyone at any time!!  And he makes the rounds to make sure everything is just so, too.

So he comes off as curmudgeonly, even as a youth.  But he still manages to find employment, learn skills, and support himself, and surprisingly, even finds love.

It’s this love that gets him through most of his life; a lady he falls head over heels for at first sight, and who eventually loves him back as he is.  He still only understands the simple life and the basic rules everyone should know...but he will do anything for Sophia and her laugh, even bend a little.

They set up a life and make plans and friends and the like, but life happens, plans don’t quite pan out.  Sophia helps Ove adapt as they go.

Until one day, she can’t any more, and Ove’s life crashes.  He can’t stand living without her.  She was the only thing he thought worth living for in this constantly changing world.  And now she was gone.  So he starts making plans to join her.  Repeatedly.

But try as he might, life still keeps happening, interrupting all his attempts.  Crazy new neighbors move in and start taking over his life.  A cat becomes his roommate against Ove’s wishes.  Ove becomes important to the community with his acts and skills, and finds himself friends, roommates, even granddaughters, all despite himself.

Definitely worth a read.  (especially if you know people, or are people, like Ove!)

Apparently it is also a movie (though not in English, captioned only): 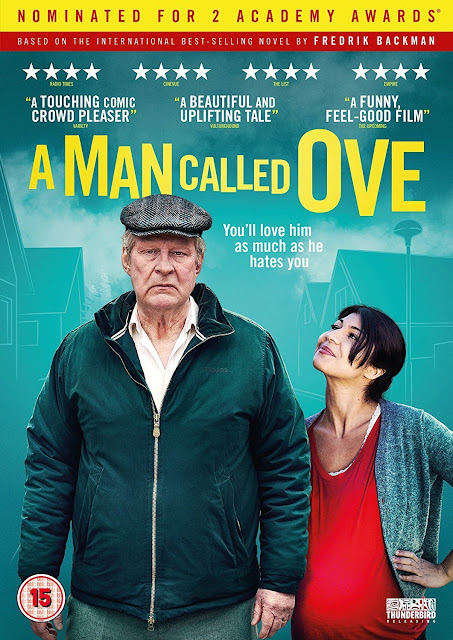